Northwestern’s inconsistent quarterback play was a major reason why the Wildcats’ offense failed last season. As a position group, the four quarterbacks who played important minutes in 2019 combined for just 6 passing TDs, but 15 INTs.

So in a 2020 season that has already seen so much fluctuation and uncertainty, finding stability at quarterback this year will be vital to NU's success.

Coach Pat Fitzgerald and his staff believe they have found that consistency with the addition of graduate transfer quarterback Peyton Ramsey to their roster. Ramsey completed 68 percent of his passes last season at Indiana and tallied 13 touchdowns while throwing just 5 interceptions.

His experience starting 23 games over the past three seasons, coupled with 147.7 passing efficiency rating that ranked 31st in the country last season, is probably one of the many reasons Ramsey won the job. But, if last year proved anything, the Cats also need to have backup options ready.

Johnson certainly has the potential to be a serviceable backup who can learn and blossom next season. As the number one quarterback in the 2017 recruiting class, Johnson had lofty expectations and struggled to live up to them in his first season in Evanston. But with a new season and a new offensive coordinator, Johnson could be a great option if Ramsey were to go down. Green could be a dark horse candidate given his experience, but a new offense and returning from an injury could limit him from taking the field this season. 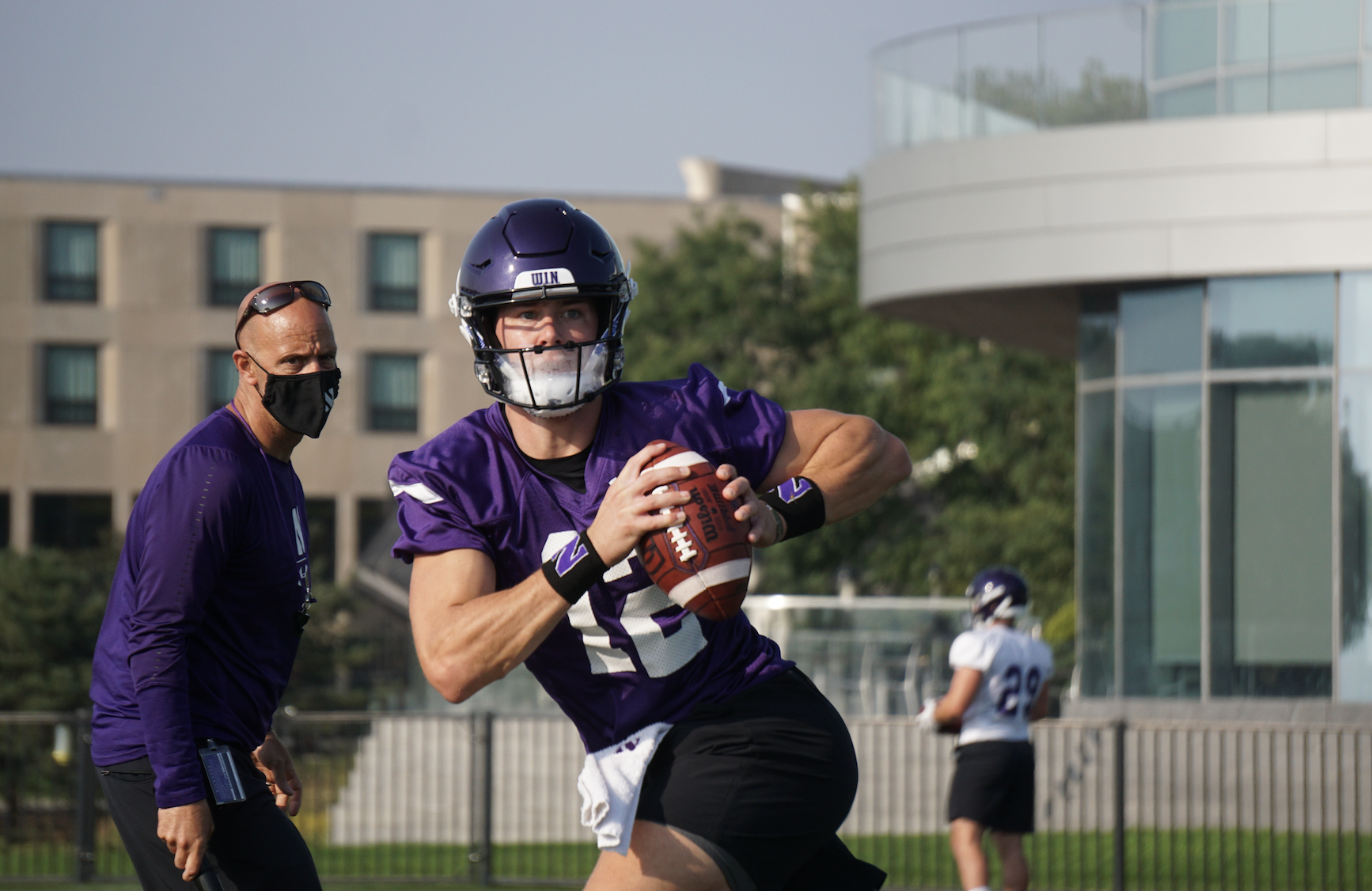 Running Backs: Bowser looks to establish himself again as lead back

Last season, then-sophomore Isaiah Bowser was expected to be the lead back after being a key cog in Northwestern’s Big Ten title run two years ago. But injuries sidelined him for most of the 2019 campaign, allowing other running backs behind him to get touches and gain experience.

Sophomore Drake Anderson led the way in the backfield with 634 yards rushing last season, but, other than him, the running backs struggled to produce. The Wildcats’ second-leading rusher last season was redshirt freshman Evan Hull, who gained 220 of his 286 yards in one game last season against UMass.

So the 2020 season should be a balance between Anderson and Bowser, who both bring different styles — Anderson is a speedy runner, while Bowser plays as more of a one-cut back. But the Cats tend to use more than just two backs during the course of the season.

Hull or senior Jesse Brown could see action early in the season at running back as a backup like he did last season. Brown, who was honored with the No. 1 jersey before the season, had 108 all-purpose yards in the team’s first two games last year and showed flashes. Offensive coordinator Mike Bajakian has emphasized getting the ball to playmakers in space, so look for senior Kyric McGowan to also get touches from the running back position like he did at times last season.

Aside from the more experienced running backs, NU has three freshman running backs — redshirts Marcus Cisco and Connor Newhouse and true freshman Cam Porter. Porter came from the same high school as standout Jeremy Larkin and has the potential to see playing time, coming in as the second-best recruit in the 2020 recruiting class.

NU has a lot of options at running back, but will be anchored by Anderson and Bowser as they look to bounce back from a dismal season as a group. 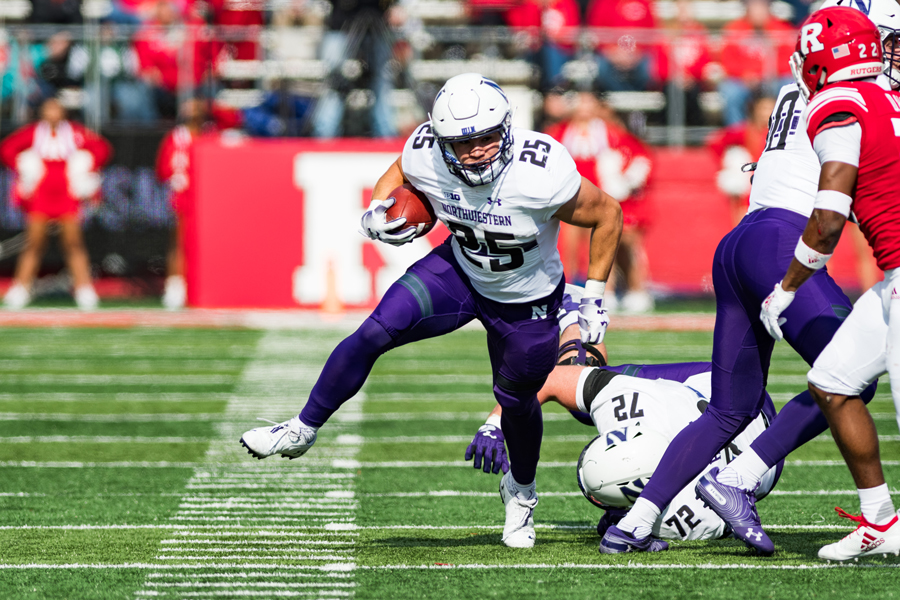 Last season, Northwestern’s eight receivers combined for 1,257 yards as part of the nation’s fifth-worst offense. With inconsistent quarterback play and conservative play calling, the Wildcats’ receivers struggled as only one player caught more than 50 passes and gained more than 200 yards.

But this year looks to be different. With former Indiana quarterback Peyton Ramsey under center and a new up-tempo offensive coordinator Mike Bajakian, NU’s skilled receivers have a chance to shine in 2020.

Despite Bennett Skowronek joining Notre Dame as a graduate transfer, the Cats are well-suited at receiver with numerous veterans, including senior Riley Lees. After reeling in a team-high 430 yards and two touchdowns in 2019, Lees — who also returns punts and kicks — hopes to use his speed and shiftiness in the slot to become a top target of Ramsey.

NU’s other starting receivers are seniors Ramaud Chiaokhiao-Bowman and Kyric McGowan. In 2020, Chiaokhiao-Bowman will be utilized as a tall target on the outside and gain yards after the catch, while McGowan will use his speed and skills to be a big-play maker. The Georgia native ran for a 79-yard touchdown against Purdue last season and hauled in a 77-yard touchdown pass against Michigan State in 2018.

Additionally, some of NU’s younger receivers are primed for a larger role in the offense. According to Bajakian, sophomore Malik Washington — who caught six passes for 25 yards in 2019 — impressed coaches during fall camp with his performance. Redshirt freshmen Genson Hooper-Price and Bryce Kirtz could see plenty of action for the Cats after not playing in 2019. NU also returns juniors Berkeley Holman and JJ Jefferson, who combined for 279 yards and two touchdowns last season. 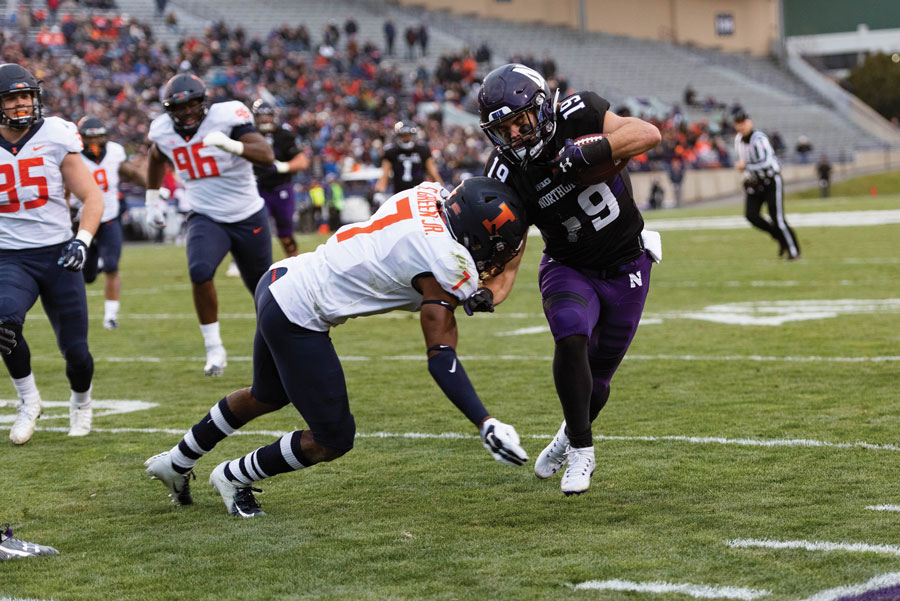 Tight Ends: Out with the superbacks, in with the new

Mike Bajakian is instituting a bunch of changes to Northwestern’s offense, but none more niche than eliminating the superbacks position and returning tight ends to Evanston.

The switch is pretty much in name only. For the past few years, superbacks were serving in almost the exact same role as a tight end. There will be a few differences — mostly in where tight ends will line up on the line compared to superbacks — but they will not be extremely noticeable.

Last fall, the superbacks had almost no impact whatsoever on offense. Of the Wildcats’ 156 receptions and 1404 receiving yards, superbacks accounted for just seven catches and 30 yards. Those 30 yards account for less than one percent of Northwestern’s total offense output of 3565 yards. Suffice to say, that is unacceptable.

That lack of production will not be the case last year. Junior Charlie Mangieri, who started most of the season, is back. So is junior Trey Pugh, who missed most of the season with an injury before returning late in the year. Both will not only have another year of experience under their belts, but also an expected bigger role in the offense.

But a potential breakout star of the entire offensive is graduate transfer and Week 1 starter John Raine. Raine comes to NU after spending four years at Florida Atlantic. He had a great season in 2019, catching 38 passes for 343 yards and six touchdowns.

With more two tight end sets expected in Northwestern’s offense, it will be crucial for Charlie Mangieri, Trey Pugh and Raine to rise up after last season’s nothingburger from the position group. Last year, their struggles were overshadowed by other positions on offense — most notably, quarterback.

But that likely won’t be the case this fall. There will be added eyes and added pressure for this group to perform and contribute. Who steps up and becomes a key piece will become a major reason for the success, or lack thereof, of the offense. 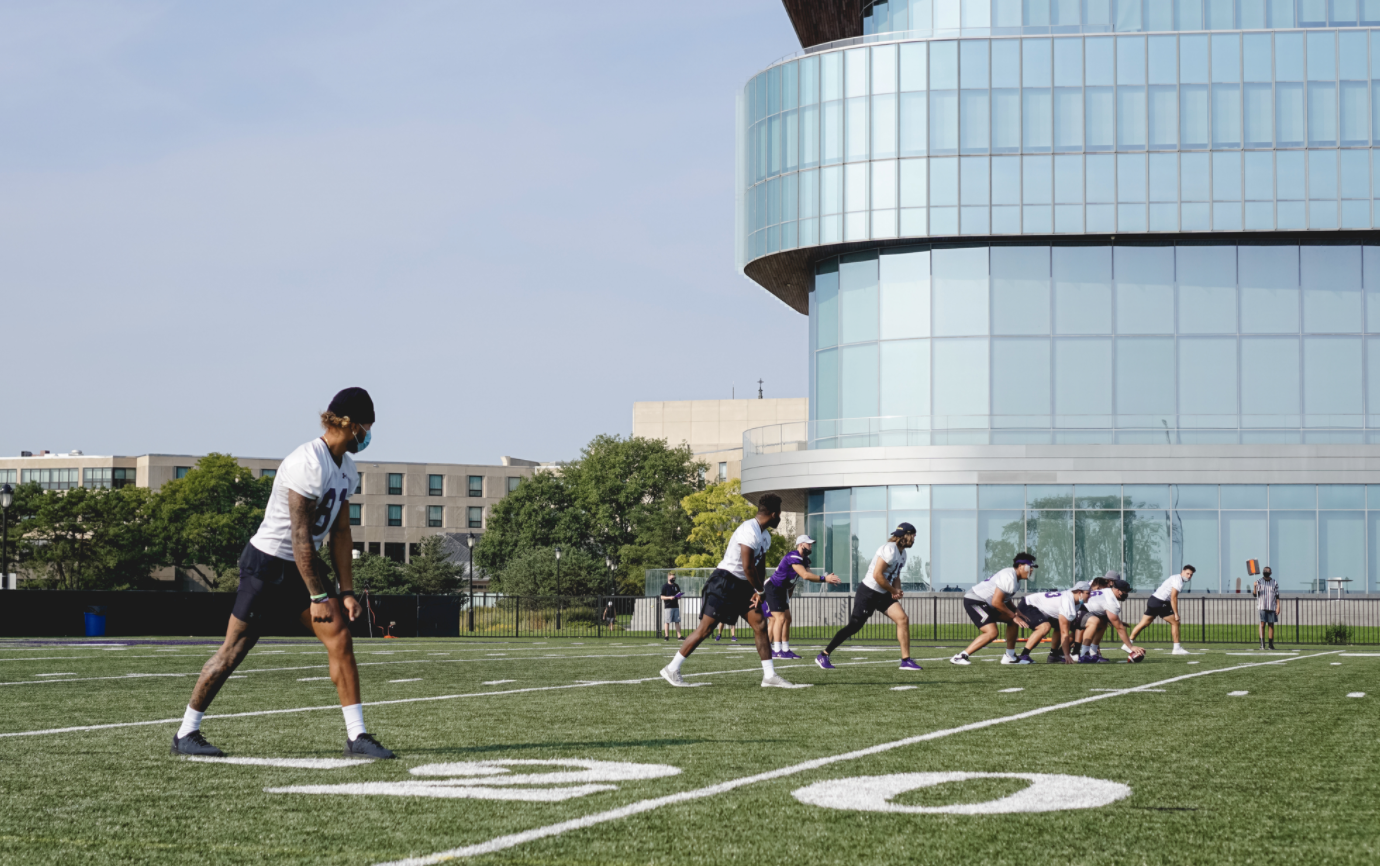